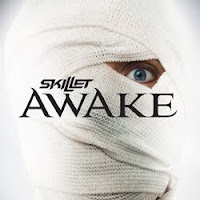 "AWAKE,” the acclaimed new album from Atlantic/Ardent/INO recording group Skillet, has made a blockbuster chart debut, entering the SoundScan/Billboard 200 at #2, with sales of 67,611. The project also debuted at #1 on SoundScan’s overall Contemporary Christian sales chart.

The album is also shaping up as a digital phenomenon, with the Deluxe Version reaching the #1 spot on the iTunes Store’s “Top Albums” chart and “Top Rock Chart” within 24 hours of its release. The “AWAKE” Deluxe Version is currently #3 on iTunes’ “Top Rock Albums” chart, while standing strong as a top 12 success on the overall sales ranking.

Produced by Howard Benson (Daughtry, Flyleaf), “AWAKE” is highlighted by the electrifying new singles, “Monster” and “Hero.” “Monster” is currently approaching the top 20 at Active Rock outlets nationwide, while a companion video is in post-production. In addition, the band’s performance of “Monster” will open as the official theme song each week during the upcoming ACC College Football season, as well as on the soundtrack to MTV’s new hit series, Bully Beatdown. NBC recently aired the song during The 25th Anniversary of WrestleMania special, and “Monster,” along with “Hero,” will be a part of the upcoming video game, WWE® SmackDown® vs. Raw® 2010. - READ MORE >>>
Posted by Christian Knight Media at 3:28 PM