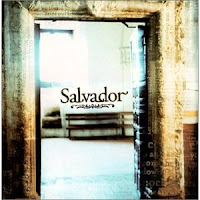 The album begins with an explosion of Latin-funk in "Lord, I Come Before You," and then flows into a sizzling salsa groove with "David Danced." Between choruses there is an abundance of instrumental jamming for those who know how to use their feet. The horn section, flamenco guitar, and layered percussion glamorize this music with no holds barred. Never before has worship been this fun! But Salvador demonstrates tenderness as well.

Lead singer Nick Gonzales makes this project complete with messages of salvation and healing. The five members of Salvador have much in common. Between them, there are two brothers, one cousin, two pastor's kids, and two worship leaders. These family and ministry ties have made an unmistakable mark on their music. They deliver pure spiritual material that cannot be ignored. --Israel Button