Steven Curtis Chapman (born November 21, 1962 in Paducah, Kentucky, U.S.) is a Christian Singer, Songwriter, Record Producer, and Actor. After starting his career in the late 1980s as a songwriter, Chapman has turned into one of the most prolific singers in the genre, releasing more than 20 albums to this date. Chapman has also won five Grammy awards and 56 Gospel Music Association Dove Awards, more than any other artist in history. His seven "Artist of the Year" Dove Awards, his latest in 2009, are also an industry record. As of 2007, Chapman has sold more than 10 million albums and has 9 RIAA-certified Gold or Platinum albums. 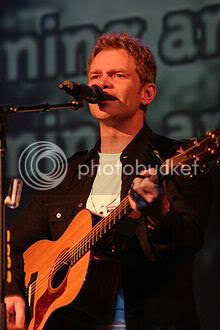 Chapman is also a vocal advocate for adoption, along with his wife Mary Beth. Together, they have adopted three children from China and have started a charity organization called Show Hope (formerly called Shaohannah's Hope), that mobilizes individuals and communities to care for orphans through its international orphan care work as well as adoption aid grants to help put more orphans from overseas and the U.S. in loving, forever families. In 2009, Show Hope finished building Maria's Big House of Hope, a medical care center in China that provides holistic care to orphans with special needs. He is also a contributor to Compassionart, a charity founded by Martin Smith of British rock band Delirious?.

If are having problems viewing, go to: http://www.youtube.com/watch?v=eYXHLf3QJXI&feature=&p=D21A2858C4FAFCC0&index=0&playnext=1

Posted by Christian Knight Media at 9:25 AM No comments:

Guardian is an American Christian Metal band. The band released six studio albums, three additional albums in Spanish—and toured extensively worldwide. The band was founded in 1982 under the name Fusion, by bassist David Bach and singer Paul Cawley. They added drummer Rikk Hart and guitarist James Isham shortly after. In 1984, they recorded a six song EP called Rock In Victory. Some time later, they replaced Isham with David Caro. Caro arrived just in time for one of the first shifts in the band's trajectory. 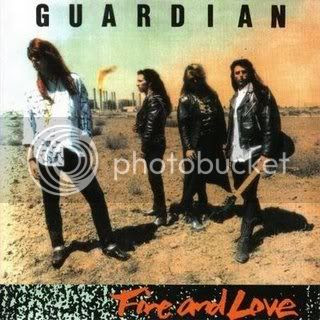 The band managed to strike a record deal with Enigma Records in 1985 after Eric Blair, (who worked for Stryper) pushed the Rock in Victory EP to Enigma Records President, Wesley Hein. When they found out there was a band going by the same name, they changed theirs to Gardian. They released another EP, Voyager in 1987.

Some time later, Caro left due to personal issues and was replaced with Tony Palacios. David Caro currently plays guitar at his church in Hesperia, CA. The band added the "U" to their name and in 1989 released their first album,First Watch, produced by Stryper's Oz Fox. This release featured a melodic metal sound in the same vein as Stryper or Van Halen and was followed by extensive touring through the United States and Japan. When the tour finished in 1990, Cawley and Hart left the band.

Bach and Palacios asked to be freed of their Enigma contract, requesting a more Christian label. After they were released, singer Jamie Rowe and drummer Karl Ney joined the band. They started working with new producers Dino and John Elefante on their second album, finally releasing Fire and Love in 1991 under the Pakaderm label. The response to the album was overwhelming and one of the videos was included in the MTV's Headbangers Ball rotation. After touring with Stryper in 1992, the band released their third album, Miracle Mile in 1993. The album was a departure from their first two releases as the band began to integrate Rhythm and Blues elements into their music. The album quickly rose the charts, and reached the CCM Top Five.

Posted by Christian Knight Media at 7:10 AM No comments:

Iona is the name of a progressive Celtic rock band from the United Kingdom, which was formed in the late 1980s by lead vocalist Joanne Hogg and multi-instrumentalists David Fitzgerald and Dave Bainbridge. Troy Donockley joined later, playing the uilleann pipes, low whistles, and other instruments. 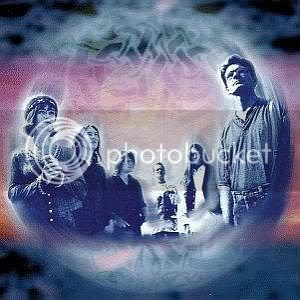 By the time Iona released their first self-titled album in 1990, drummer Terl Bryant, bassist Nick Beggs (formerly the bassist of Kajagoogoo), Fiona Davidson on Celtic harp, Peter Whitfield on strings, Troy Donockley on Uillean pipes and percussionist Frank Van Essen had joined the band. The first album Iona concentrated mostly on the history of the island of Iona, from which the band got its name.

Iona returned in 1992 with The Book of Kells, a concept album with several tracks based on pages from the book of the same name. Terl Bryant took over on drums and percussion for this album after the departure of Frank Van Essen. Fitzgerald left the band that year to pursue a degree in music. Beyond These Shores, the band's third album, was released in 1993 and included guest musician Robert Fripp. The album was loosely based on the legendary voyage of St. Brendan to the Americas before Christopher Columbus, but the band did not intend for it to be viewed strictly as a "concept album".

Journey into the Morn followed in 1995, a more accessible and rock-oriented album loosely based on the hymn "Be Thou My Vision", which was performed in Gaelic at the beginning of the album and again near the end. Máire Brennan, lead singer of Celtic/New Age band Clannad, was brought in to help Joanne with the Gaelic pronunciation, and she sang backup vocals.

Posted by Christian Knight Media at 6:50 AM No comments:

Phil Driscoll (born November 9, 1947 in Seattle, Washington), is a Contemporary Christian singer, composer, and (perhaps best known as) a trumpet player. He has a music and speaking ministry. Driscoll won a Best Gospel Performance Grammy for a duet with Debby Boone on "Keep the Fire Burning," and has been nominated for two additional Grammy's for Best Pop Album and Best Gospel/Pop Album. He also has won numerous other national awards for his music, including the Christian Country Music Association Award for Best Musician and Canadian Country Musical Association's Musician of the Year. 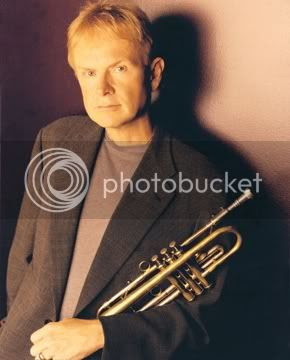 In the 1970s, Driscoll was touring and recording with major music acts, including Stephen Stills, Leon Russell, Blood, Sweat & Tears, and Joe Cocker—as well as the London Philharmonic Orchestra. After becoming increasingly involved with illegal drug use, Driscoll became a Christian on Christmas Day in 1977. He then gave up using drugs, and dedicated his musical efforts to furthering the Christian faith.

In 1981, Driscoll recorded his first album, "Ten Years After," sharing his new-found Christian beliefs. In 1983, he released "I Exalt Thee," winning a GMA Dove Award for Instrumental Album of the Year.


Phil Driscoll Because He Lives ( Video)

If you cannot view video, go to:

If you cannot view video, go to:

Posted by Christian Knight Media at 7:30 AM No comments:

William Franklin "Billy" Graham, Jr. KBE (born November 7, 1918) is an American evangelical Christian evangelist. As of April 25, 2010, when he met with Barack Obama, he has been a spiritual adviser to twelve United States presidents going back to Harry S. Truman, and is number seven on Gallup's list of admired people for the 20th century. He is a Southern Baptist. He rose to celebrity status as his sermons were broadcast on radio and television. 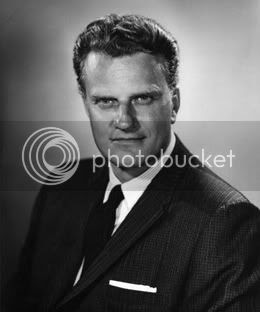 It is said that Graham has preached in person to more people around the world than any other preacher in history. According to his staff, as of 1993 more than 2.5 million people had "stepped forward at his crusades to accept Jesus Christ as their personal Savior". As of 2008, Graham's lifetime audience, including radio and television broadcasts, topped 2.2 billion.

Posted by Christian Knight Media at 7:47 AM No comments:

Email ThisBlogThis!Share to TwitterShare to FacebookShare to Pinterest
Labels: Leaders of The Christian Faith

Kenny Marks was one of the mainstay artists in CCM from his debut album in 1982 'til the end of the decade. Songs such as "Make It Right", "The Party's Over" and "Right Where You Are" were regularly in circulation on Christian radio and are still considered by many today to be CCM classics. His music had an AOR/Bryan Adams vibe to them which carved him a niche in the industry. He continued to release albums up 'til 1995, exploring a more melodic ballad driven sound. 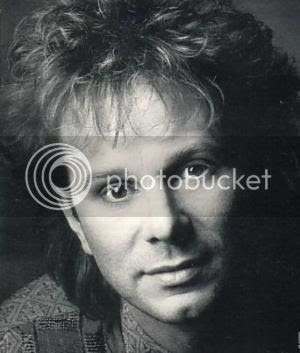 Kenny Marks is an award-winning recording artist and songwriter, is well known on 6 continents for his passionate songs about real life. His vivid musical portrayals of the human condition gave voice to songs of unusual intensity in the world of Christian Music. He has been quoted as saying…”My songs are written from a horizontal perspective, person-to-person, with a vertical connection…God has His own way of speaking into each of our lives”.

Posted by Christian Knight Media at 4:02 PM No comments: